Dr.Nitsara Karoonuthaisiri has published over 70 peer-reviewed scientific papers with an author-h-index of 21, filed 22 patents, eight petty patents, 13 prototypes, a book chapter and a trade secret. She had been invited to present over 80 scientific papers nationally and internationally. She has been selected as a reviewer for over 20 international journals and a reviewer for EU-funded proposals. 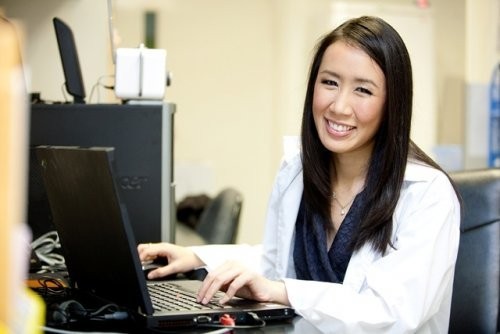 Dr. Kanroonuthaisiri initiated collaboration between the National Center for Genetic Engineering (BIOTEC) and Queen’s in 2011. Queen’s is world’s leading university and is a member of the Russell Group which represents UK’s 24 leading research-intensive universities. Queen’s is ranked 9th in the world for research collaboration in 2014. The collaboration between the institutes officially started when Dr. Karoonuthaisiri was awarded the prestigious Marie Curie International Incoming Fellowships (IIF) from the European Union (EU) to work on a project entitled “Pathfinder: Rapid and Reliable Detection of Foodborne Pathogens by Employing Multiplexing Biosensor Technology”. The fellowship enabled her to spend two years between 2011-2012 working with Prof. Chris Elliott, Professor of Food Safety and founder of the Institute of Global Food Security, at Queen’s. ‘Pathfinder’ focused on the development of innovative means of detecting important pathogenic organisms associated with food poisoning. This achievement harnessed her expertise on biosensor technology enabling detection of several different pathogens simultaneously. During her fellowship, not only has she successfully fulfilled her role as a research team leader for an EU-funded project, Dr. Karoonuthaisiri took on the role of a PhD supervisor and a mentor for postdoctoral researchers and junior faculty members. The project yielded more than 10 publications.

Throughout the course of a decade, the collaboration has evolved to encompass other national centers under the NSTDA umbrella, creating even more impact to the scientific community. In September 2021, a project entitled MycoSMART: Mycotoxin Strip based on MicroARray Technology, led by Dr. Karoonuthaisiri in partnership with Professor Chris Elliot, NECTEC, MTEC and Thammasat University, was awarded funding worth USD 300,000 (THB 9 MB).