1). Development of expression systems for recombinant proteins production by bacteria and yeasts

1.1 Construction of a new food-grade host/vector system for bacteria Heterologous gene expression in Lactobacillus plantarum or Bacillus subtilis has gained much attraction due to its high safety profile (Generally Recognized as Safe by US Food and Drug Administration) and potential probiotic properties. In addition, its genome data and relevant genetic tools are available. Fermentation technology of the bacterium has also been well established. Therefore, the development of a new food-grade host/vector system for bacteria is of highly interested. Previously, a series of plasmid vectors such as cloning, expression and secretion vectors were constructed based on native cryptic plasmid, pLpB9, originated from Nham starter culture, L. plantarum BCC9546. These shuttle vectors could replicate in L. plantarum, Bacillus subtilis and Escherichia coli. For expression vectors, both constitutive and inducible expression systems were constructed. A new salt-inducible expression vector was developed for the first time, as food-grade expression system. For secretion vectors, 12 novel secretion vectors were developed by applying 12 signal peptide sequences of L. plantarum into the expression vector. The function of these vectors was examined by expressing either GFP or some enzymes. High level of protein products were obtained from each recombinant plasmid in its appropriate hosts. All of these vectors are deposited at TBRC (Thailand Bioresource Research Center) and available for widely use in recombinant DNA technology. Nevertheless, since these vectors contain antibiotic resistance gene as selection marker, there is still safety concerns regarding dissemination of antibiotic resistance gene. To avoid this problem, the food- grade host/vector system has been considered as an alternative system. The system will allow broad industrial applications even in food, pharmaceutical and medical industries. Currently, the food-grade host/vector system of bacteria is being developed in our laboratory. 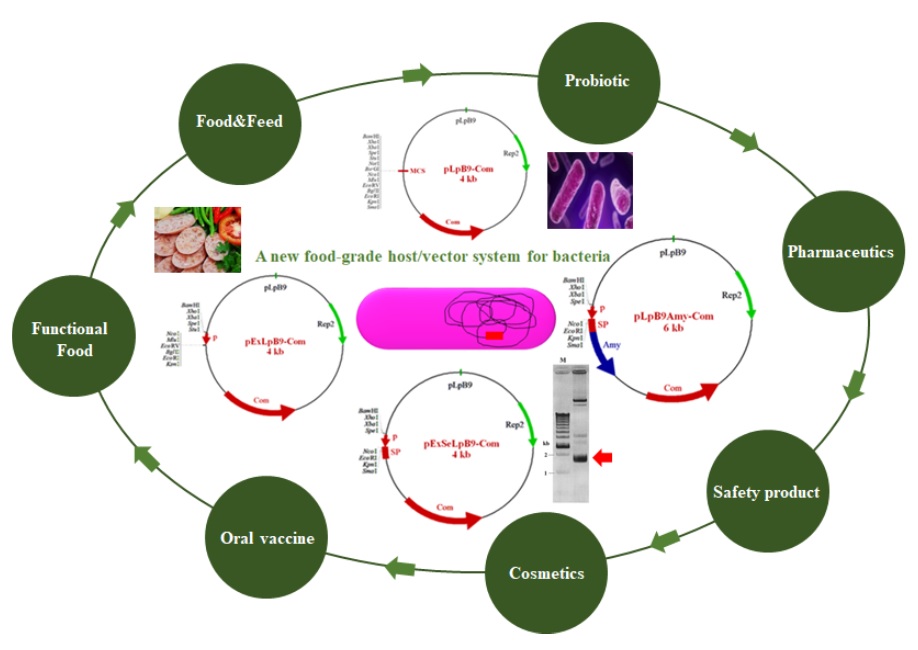 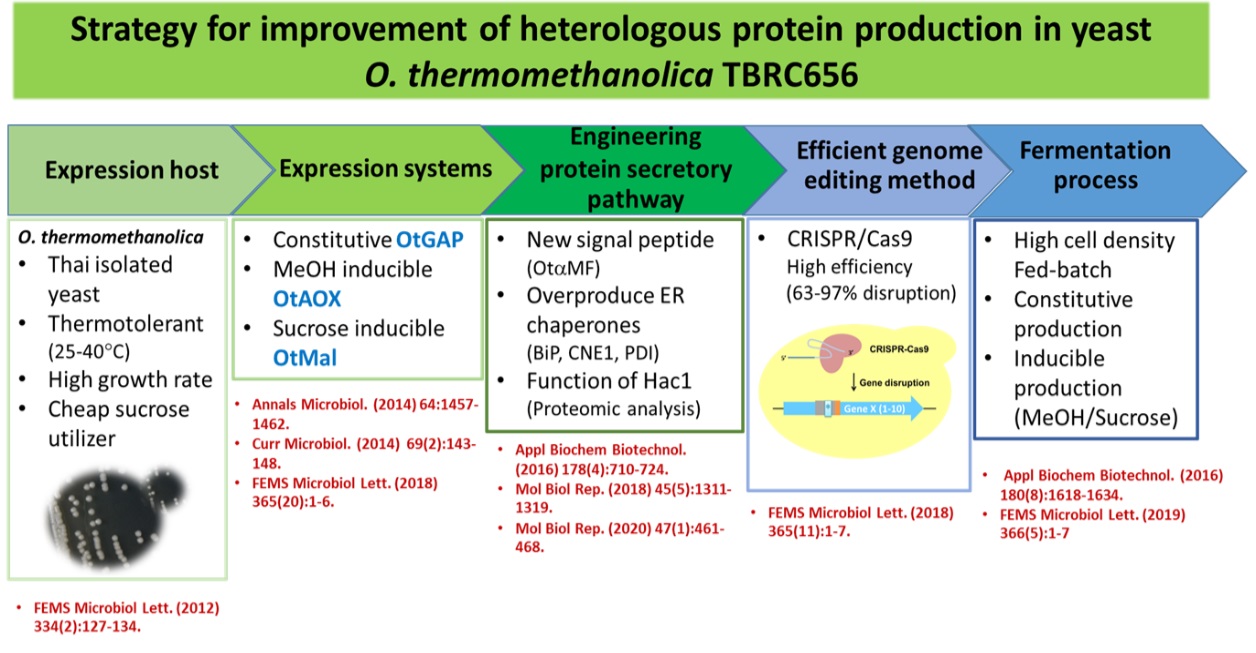 A major focus of our research team is the creation of efficient cell factories for converting plant biomass and other renewable feedstocks into desired biofuels and high-value chemicals. Our first aim is divided into three specific chemical targets: i) branched- and short-chain alcohols (biofuel replacement), ii) D-lactic acid (functional plastic monomer), and iii) carotenoids (food and feed/cosmetics ingredient). Our hosts of choice are the budding yeast Saccharomyces cerevisiae and the methylotrophic yeast Pichia pastoris. Moreover, we are creating biomass-tailored consolidated bioprocessing platforms (CBP) that can efficiently convert sugarcane bagasse—one of the most abundant agricultural wastes in Thailand—into the advanced biofuel isobutanol. For the second aim, we seek to optimize these metabolic pathways by employing a “synthetic biology toolbox” to fine-tune enzyme activity and expression levels, as well as minimize the build-up of toxic intermediates. Examples of these tools are gene circuit design, CRISPR-based genome engineering, compartmentalization of pathway enzymes. Our choice of utilizing the yeasts S. cerevisiae and P. pastoris as eukaryotic models to develop synthetic biology tools offers many advantages, such as the availability of multi-omics database and well established genetic tools, ease of maintenance and a proven track record in various industrial applications. We envision that our synthetic biology platform will pave the way for a scalable, controllable and economical route to biofuel and chemical production. 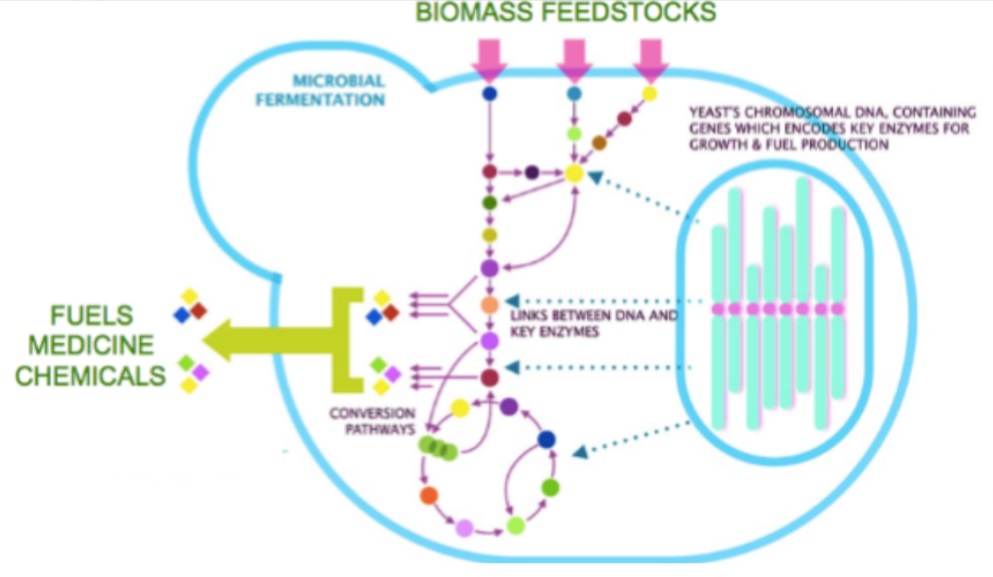 Bioprocess engineering is a specialization field of study including biotechnology, biological engineering,
chemical engineering and of agricultural engineering. This research field deals with the design and development of equipment and processes both upstream and downstream by employing the living organisms and their components as a cell factory for the manufacturing of industrial biological products. At present, many research carried out by Microbial Cell Factory Research Team is in a transition phase to bring the biological products from a bench-scale production in the laboratory to the market. In order to execute a process scale-up, an efficient bioprocess optimization using Design of Experiment (DOEs) together with a validation of bioprocessing model are required. The main technological objectives of bioprocess optimization carried out in our research team include process scale-up with reducing cost of production by using low-cost media, improve the productivity by shorten the fermentation time as well as develop a consistency bioprocess that can be scalable. Recent technology established at BIOTEC include high-throughput fermentations with the online monitoring of fermentation parameters e.g. biomass, pH and DO along with the appropriate sample analysis tools will facilitate and ensure a successful transition from lab scale to commercial scale production of the market desired biological products. Our currently research activity on bioprocess scale-up and optimization is focusing on the production of stereospecific D-lactic acid to function as a plastic monomer, carotenoids as anti-oxidative compound and feed enzyme for poultry industry. 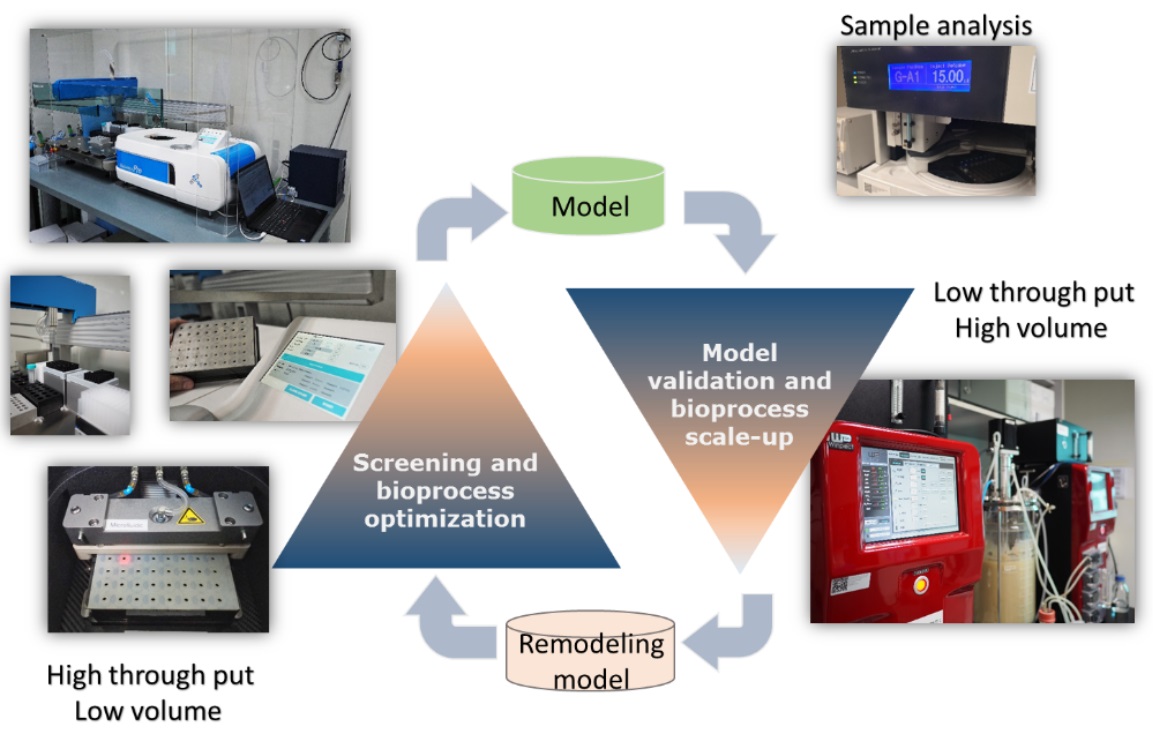 All vectors are deposited at TBRC (Thailand Bioresource Research Center) and available for widely use in recombinant DNA technology.

Protein production by thermotolerant yeast is high efficient and low cost system. This thermotolerant yeast is a potential heterologous host which is capable for expressing heterologous protein over a wide range of temperature and can utilize various carbon sources including sucrose and sugarcane molasses which is cheap and renewable carbon sources.

We applied synthetic biology and metabolic engineering tools to engineer industrially relevant microbes to produce biofuels and high-value chemicals from renewable carbon sources. Our patented engineered microbes are ready for pre-commercial scale testing. Our inventions have been recognized at the national and international levels.

Our research team has developed the bioprocess for industrial enzyme production e.g. feed enzyme, biomass hydrolysis enzyme. Recently, the developed technology on process scale-up of these products has been transferred to the industrial partnership for trial production in a pilot scale. 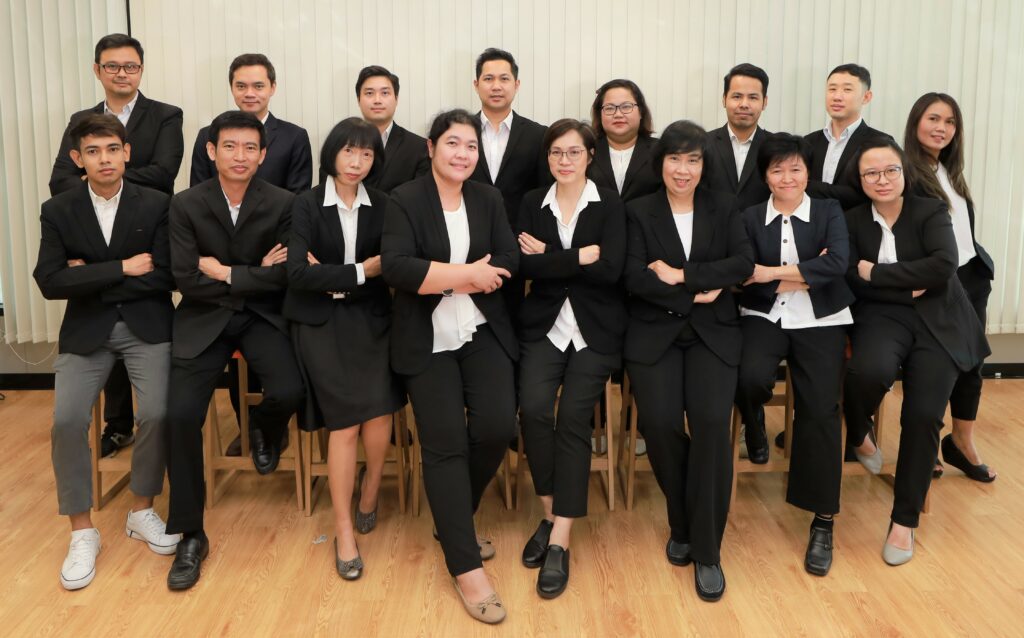