The Microbial Systems and Computational Biology Research Team (IMST), under Thailand Bioresource Research Center (TBRC), focuses on research and development of bioinformatics and data science for genome research and microbial genomics. Furthermore, the exploration of microbiome and microbial interactions in various environments are emphasized along with the construction of genome and microbiome databases with research networking to promote microbial utilization and innovation for effective usage in academics and industries. Importantly, the Microbial Systems and Computational Biology Research Team also serves the need of Thailand Bioresource Research Center’s service, such as applying MALDI-TOF mass spectrometry to identify microorganisms and enumerate microorganisms from mixed cultures.

Studies on cave microbiome have implicated that microorganisms play significant roles in the formation and characteristics of speleothems in caves by controlling major biogeochemical processes in cave ecosystems. The calcified structures in caves such as Pool-fingers and U-loop have been reported to be microbial-related in origin. Overall, microbial composition in caves appears to be differed among particular types of caves (Limestone, Lava, Sea and Ice) and also depends on environmental conditions including humidity, temperature, pressure, pH, availability of nutrients and sunlights. With unexpectedly diverse microbial communities found in cave environments, it is remarkable how these microbial species survive under the extreme near-starvation habitat. The unique environments of cave provide an opportunity to uncover unusual microorganisms, such as fungi and bacteria adapted to an extreme environment of oligotrophy. Regarding microbial metabolisms and cave biogeochemistry, it has been reported that the microbial communities in the cave can acquire energy by breaking down aromatic compounds, fixing nitrogen from atmosphere, and interacting with minerals. Such evidences suggest that those living in such extreme and harsh conditions can potentially produce novel compounds and/or enzymes to survive in these environments. Knowing what microbial communities live in the cave and how their metabolic activities reshape the cave environment would help us to understand the importance of microbial species in the development of cave ecosystems, further enabling the protection of cave environment. Thus, the Microbial Systems and Computational Biology Research Team aims to investigate the microbial diversity and community composition within cave environment at Satun Geopark in Satun province. Satun Geopark has become the first UNESCO Global Geopark in Thailand with its significance for geology and natural science. In this study, we integrate the expertise on the techniques for DNA isolation from various substrates such as soil, sediment, rock and water and the expertise on data analysis for better understanding of the role of microorganisms in the harsh environment like cave.

ASEAN Microbial Database (AmiBase): the service hub of microbial data in ASEAN AmiBase facilitates the establishment and maintenance of a comprehensive microbial database in the ASEAN region by systematically gathers microbial diversity data from microbial culture collections in ASEAN countries, academic publications and reports, and public diversity databases (such as Catalogue of Life, GBIF, NCBI BioProject). Moreover,
AmiBase provides a standardized protocol for sharing data among AnMicro Network and to third-party organization via web service API. AmiBase also includes data analytics technology into the platform in order to help scientists and researchers to gain relevant knowledge about ASEAN microbial diversity. The ultimate beneficiaries are ASEAN citizens. public sectors, governments, policy makers, NGOs and other research institutions would benefit from the improved knowledge on management and utilization of microbial diversity based on the high-quality integrated information from AmiBase.
https://www.amibase.org/

Thailand – China Joint Laboratory on Microbial Biotechnology was officially opened on 19 October 2018 under the collaboration between the Ministry of Science and Technology of Kingdom of Thailand and the Ministry of Science and Technology (MOST) of the People's Republic of China. The Joint Laboratory focuses on research supports and technology transfer between Thai and Chinese microbiological researchers under Science and Technology Partnership Program (STEP). During 2018-2019, the Joint Laboratory was providing supports to 3 pilot projects. One of those pilot project was “Development of the Computational framework for Genomic Microbial taxonomy” (cGeM), in which IMST played a major role. Moreover, TBRC also provided materials and microbial strains to researchers in the other pilot projects. The success of the pilot projects evidently proves the necessity of continuous cooperation between Thai and Chinese scientists.
https://www.tcjointlab.org/

Awareness of scientific importance of genomic sequence data in terms of microbial taxonomy and systematics has necessitated the comprehensive genomic knowledge hub. The GCM 2.0 Project, established by World Federation of Culture Collections (WFCC) and World Data Centre for Microorganisms (WDCM), has aspired to build the largest database for genomic sequences of type-strain microbes. Headquartered in Institute of Microbiology, Chinese Academy of Science (IMCAS), WDCM commits to perform genomic sequencing for 10,000 type strains of bacteria as well as a number of fungal type strains. TBRC has contributed efforts to GCM 2.0 Project via collaboration with IMCAS on genomic sequencing of the bacterial type strains from TBRC collection. In addition, IMST has developed the project entitled “Development of the Computational framework for Genomic Microbial taxonomy (cGeM)” under Thailand – China Joint Laboratory on Microbial Biotechnology, in order to facilitate effective collaboration and technology transfer between Thai and Chinese researchers. The database system and analytical platform from cGeM are expected to be the concrete infrastructure for TBRC’s future genomics knowledge hub.
Website: www.wdcm.org

As ASEAN is considered a hotspot for biodiversity, AnMicro was found to strengthen ASEAN research community towards sustainable utilization of biological resources through an efficient management of microbial resources and research on microbial utilization. The Network serves as a platform for capacity building, resource and knowledge sharing in the area of microbial utilization. It can further catalyze bilateral or multilateral research collaboration among member institutes. This Network will also create visibility of ASEAN and attract collaboration from other regional and international bodies.
Website: www.anmicro.org

As active member of the Asian Consortium for the Conservation and Sustainable Use of Microbial Resources (ACM), TBRC researchers have participated in the Task Force on ABRCN, which initiatively consisted of members from China, Japan, Korea, and Thailand. ABRCN is the first international network of Biological Resource Centers (BRCs) among Asian countries for microbial strain database implementing based on the minimum dataset (MDS) as shown in the OECD Guideline and standardization of the record.
Website: www.acm-mrc.asia/TF/ABRCN.html 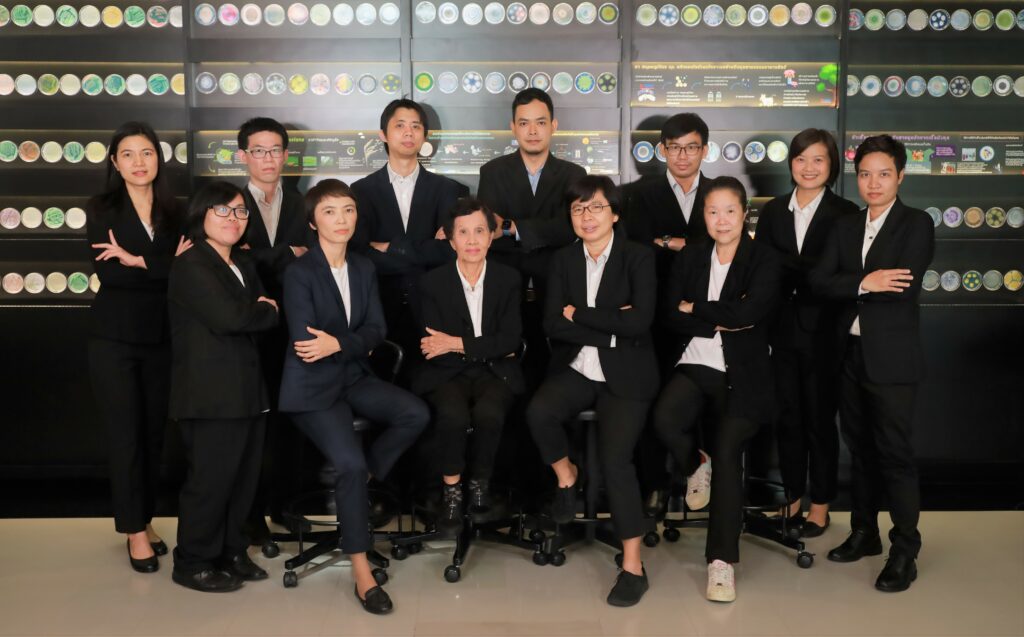